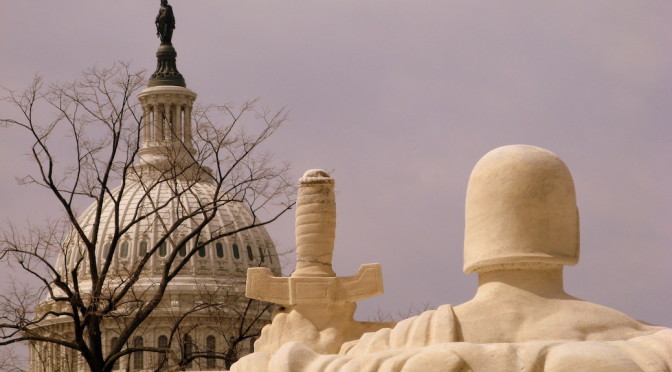 The so-called “war on terror” has ended. By the end of his first week in office, President Barack H. Obama had begun the process of dismantling some of the most notorious “wartime” measures. A few weeks before, recently reappointed Secretary of Defense Robert M. Gates had clearly forsaken the contentious label in a post-election essay on U.S. strategy in Foreign Affairs. Gates noted this historic shift in an almost offhanded way: “What is dubbed the war on terror is, in grim reality, a prolonged, worldwide irregular campaign – a struggle between the forces of violent extremism and those of moderation.” At the same time, the Obama administration is taking care to reconfirm its commitment to defending the United States and its interests against the threat of radical Islamists, among others. However, because it is hard to replace something with nothing, this article argues that the President should go further and offer a positive formulation – based on good law as well as sound policy – of how he will lead us to a “future of peace and dignity.” He should restore Franklin D. Roosevelt’s Four Freedoms to a central place in the nation’s grand strategy.