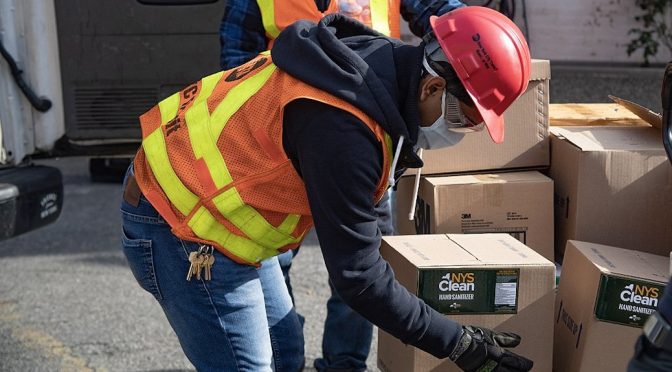 The Hon. James E. Baker writes that Defense Production Act (DPA) was enacted to provide the federal government with the authority to systematically mobilize the industrial capacity of the nation to address national security emergencies. While it has been primarily used to prioritize DoD contracts and to incentivize the production of goods for which there is otherwise too small a market, it may prove to be useful in combatting the effects of COVID-19.

If the DPA were to be used to its fullest extent, it may become an important authority for producing a COVID-19 vaccine at scale; for constructing a long-term, secure, and independent medical supply chain; and stimulating the economy by making the U.S. a global arsenal of public health.

In his examination of the DPA, Baker outlines the ways it has been used both during and before the pandemic, considers real and perceived concerns over its potential use, and highlights issues that should be addressed as soon as possible. He further provides three lessons that can be learned from the DPA’s non-use and suggests methods to ensure the adequate preparation for challenges yet to come.

James E. Baker
James E. Baker is Director of the Syracuse University Institute for Security Policy and Law and a Professor at the Syracuse College of Law and the Maxwell School of Citizenship and Public Affairs. He previously served as a Judge and Chief Judge on the U.S. Court of Appeals for the Armed Forces. As a career civil servant he served as Legal Adviser and Deputy Legal Adviser to the National Security Council. Mr. Baker has also served as a Counsel to the President’s Foreign Intelligence Advisory Board and Oversight Board, an attorney in the State Department, a legislative aide to Sen. Daniel Patrick Moynihan, and as a Marine Corps infantry officer.